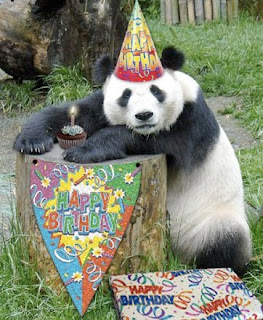 On September 10th we will start our second year of business.  Wow. It has gone by fast and we have been thrilled by the community's support.  Thank you to everyone who has shopped and keeps shopping at Wine Authorities.
We have a great party planned for Wednesday Sept 10th from 5 to 7 PM.  Everyone is invited for Artisan Cupcake's cupcakes, sparkling wine, Alessandra Trompeo of Casa dei Formaggi Cheese will be sampling, Karen McCallister of Counter Culture Coffee will be sampling decaf, and we have Cotton the Clown for the kids. Everyone is welcome.
In the mean time we are celebrating our 1st birthday with a bump you up 1 discount level for the week leading up to our party. Buy 6 to 11 mixed/matched bottles and you go from 10% to a 15% discount, buy a mixed case of 12 bottles and go from 15% to a 20% discount and for our designated Just-in-Case wines, you go from 20% to a 25% discount.  Thought you might want to know if you don't get our weekly email.  - Salamanzar
Posted by Grand Poobah Wine Swami and staff at 8:35 PM 82 comments:

All the way from San Diego, CA the Stone Brewing Co. is getting ready to launch their beers in North Carolina.  The launch date will start with a party for everyone at Tyler's Taproom in Durham at American Tobacco on Wednesday September 17th and the beer ships to Wine Authorities and other retailers on Thursday the 18th.  Everyone is invited to the kick-off party at Tylers starting at 5 PM until close.  They are bringing special beers just for the party along with their regular line up.  They will have: Stone Pale Ale, Stone IPA, Arrogant Bastard Ale, Oaked Arrogant Bastard Ale, Stone Ruination IPA, Stone Smoked Porter, Stone Levitation Ale, 2006 Double Bastard Ale, Stone 11th Anniversary Ale, Stone 07.07.07 Vertical Epic Ale, and the 2008 Stone Old Guardian Barley Wine!
Wine Authorities will be selling the pale ale and the IPA in six packs to start, then work in seasonal products as they make their way from the West throughout the year.  Come have a pint with us and the Stone folks at Tyler's. See you there. - Salamanzar
Posted by Grand Poobah Wine Swami and staff at 3:33 PM 6 comments:

All You to Know about BBQ

Thanks to our friend and customer, Nancy S., we have been enlightened by the videos by Rhett and Link on Youtube.  This video in particular is a great summary of the BBQ styles/types that exist in the South.  Since the Grand Poobah and I are BBQ lovers, we are going to have to learn all the words to this song and play it on the kazoo.

or click here: The BBQ Song
-Salamanzar
Posted by Grand Poobah Wine Swami and staff at 11:06 AM 5 comments: